California’s political leadership has been very vocal about green energy initiatives, and its goal of deriving 50 percent of the statewide power mix from renewables by 2030.

With the recent progress of SB 286, the legislators are putting action behind their promise. 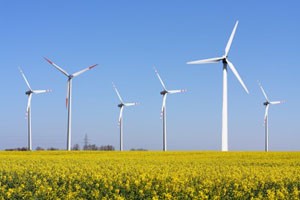 Recently approved by the California Senate Appropriations Committee, the bill was designed to allow large energy consumers to bypass local utilities and purchase an additional 8,000 GWh from independent power producers under the state’s Direct Access program. It was originally introduced in February as a traditional brown-power bill, backed by the the usual brown-power alliance interested only in the cheapest electricity prices regardless of environmental impact.

However, as senators reviewed the bill, that percentage of renewables was amended from 24 percent to 51 percent, to 100 percent. It then obtained approval through the Appropriations Committee and went on to the State Senate. This bill has now passed the Assembly and onto the Standing Committee on Utilities and Commerce.

“This really envisions a Direct Access market I call Green Access,” said the bill’s sponsor, Sen. Robert Hertzberg (D-Los Angeles). “It’s about customer choice, choice to choose green energy that exceeds what the grid can provide. Innovation and creativity and investment in new green resources that we talk about all the time – and the green jobs.”

While the bill still has some legislative travels any may ultimately be watered down, the metamorphosis os SB 286 has given many advocates hope for future legislative action supporting renewable energy.