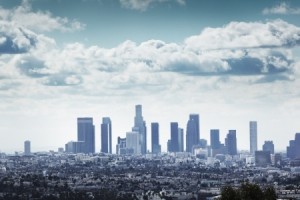 On August 23, the California Assembly took another big step towards greener electricity, but many are critical of the cost. The state’s Assembly passed legislation to enshrine into statute a target that Governor Jerry Brown has already required by executive order. The law would reduce greenhouse gas emissions to be 40 percent less than 1990 levels by 2030, and the state’s Air Resources Board will regulate emissions to meet the target.

The law has its detractors. The oil and gas industry actively opposed it. They pointed out that California is already on track to meet its 2020 emissions goal, which is to reduce emissions to 1990 levels. The industry warns that those emissions reductions have come at the cost of many manufacturing jobs, because California now has some of the country’s highest electricity rates. Reports have shown that the emissions limits drove up electricity prices $5 per megawatt hour and added $.12 to a gallon of gasoline. The oil and gas industry says that there is no reason to drive out more jobs to meet 2030 goals when the state is already on track. The industry was successful with this argument last year in blocking a law to cut gasoline consumption in vehicles, but this time “they have been vanquished” according to Gov. Brown. The state already has a “cap-and-trade” program in place that requires large power plants to buy emissions credits if they exceed their allowances, but so far the market has not developed as planned because companies have kept under their limits.

Efforts let by California and other states will likely continue to drive up standard utility rates. In many states, however, customers do not simply have to accept their utility’s tariffed rates. Customers can often negotiate a rate tailored to their needs. It can be a bit complicated, so if you are interested and need help the experts at AGR Group Green are just a call away.