Las Vegas on Track for 100% Renewables Goal
December 2, 2015 refine-admin No comments yet Renewables 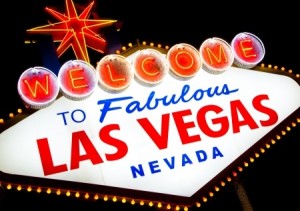 The city of Las Vegas and NV Energy have entered into a deal that will put the city on track to being the first city of its size served 100 percent by renewable energy. This news was announced in late November. Specifically, the new partnership will light every streetlight, city park, fire station, public building, and more with renewable energy.

While this agreement is pending approval with state regulators and the city council, Las Vegas Mayor, Carolyn Goodman says, “This partnership is going to be a sustainability game changer for our city.”

Not all Vegas business owners are happy about NV Energy’s shift to clean energy. The Las Vegas casinos are some of NV Energy’s biggest customers, and three of them have announced that they will opt out of NV Energy’s services and take their chances on the open market.

However, if the city goes green, 4.3 million MWh/year will be sourced sustainably starting January 2017. This power is slated to come from SunPower’s planned Boulder Solar project.

Here at AGR Group Green we have years of experience in the energy field available for our customers to tap into. Contact us today and find out how we can help build your business sustainably.